Hand & Lock have 250 years experience embellishing, embroidering and monogramming garments for the Royal family, the military and fashion houses including Dior, Hermes and Louis Vuitton.

The long history of Hand & Lock can be traced back to 1767, when a young Huguenot refugee from France named M. Hand came to London in 1767 and began manufacturing and selling lace to military tailors.

Later he incorporated the design and manufacture of military badges and uniform accoutrements. Officer’s dress uniforms were and still are highly specialised and require very specific embellishments. M. Hand & co became a trusted name used by Savile Row and Military tailors for over 200 years.

In the 1950s Stanley Lock was a talented embroidery designer at specialist embroidery house CE Phipps & Co. Upon the owner’s retirement in 1956, Stanley Lock bought the company and renamed it S. Lock Ltd. The newly formed couture house went on to work with couturiers such as Christian Dior, Norman Hartnell and Hardy Amies on gowns for the Queen, Queen Mother and later Princess Diana. The company was subsequently awarded the Royal Warrant in 1972.

In recent years clients requiring embroidery services have grown to include international fashion houses, emerging designers, interior designers, the Royal Forces, the Royal Family, PR companies and costume designers for theatre, film, and television. Hand & Lock pride themselves on the fact that the design methods and embroidery techniques have changed very little since 1767.

Now, Hand & Lock are no longer just craftsmen and women but also teachers and promoters of the fine art of embroidery. With a long heritage to protect and timeless craft to preserve the team now operate classes around the world teaching the traditional skills of embroidery and banging the drum for quality British craftsmanship. 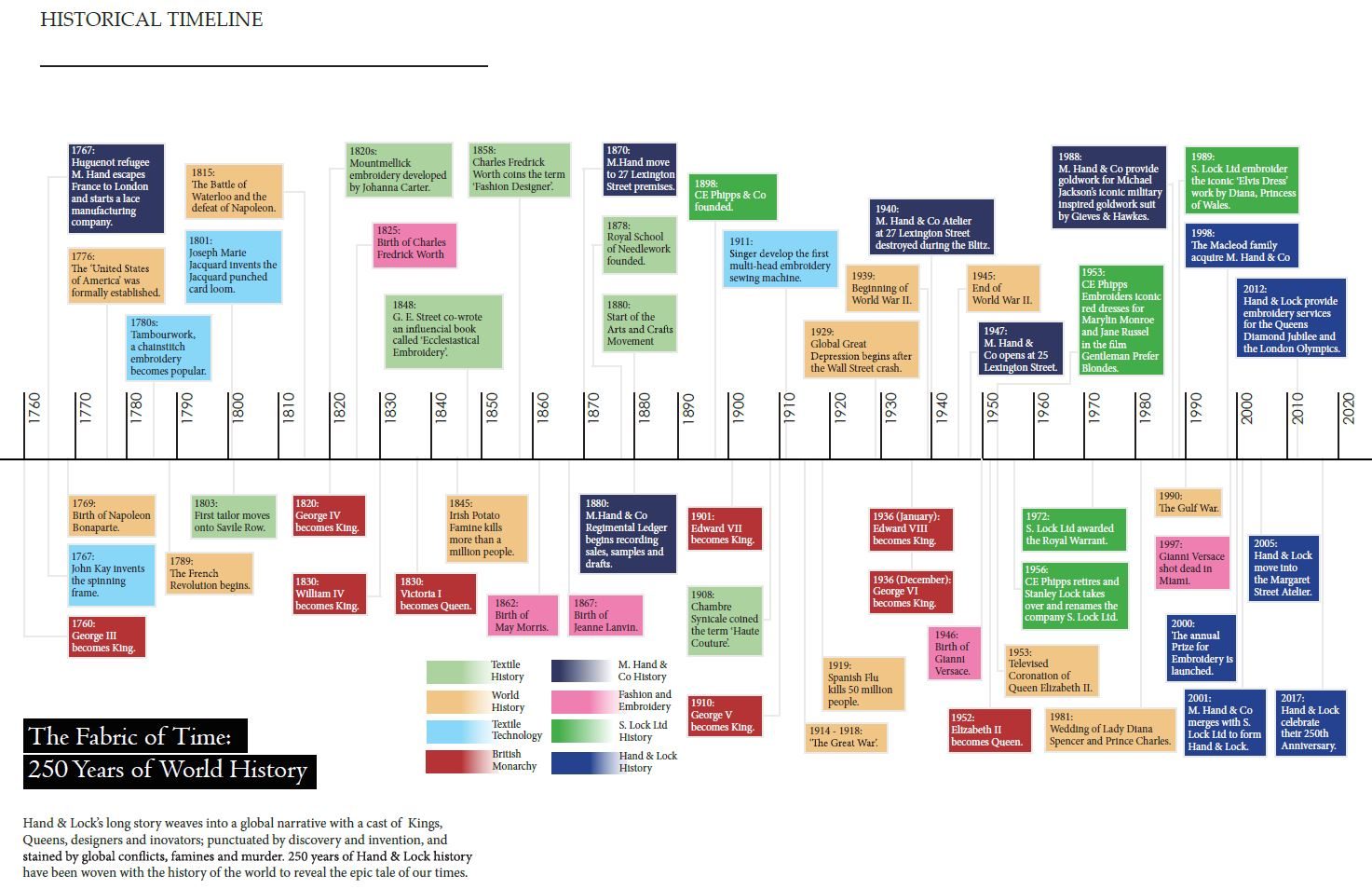 "Hand & Lock pride themselves on the fact that the design methods and embroidery techniques have changed very little since 1767."

Hand & Lock celebrated 250 years of embroidery in 2017 with a conferences, exhibitions, gala dinner and a charity auction